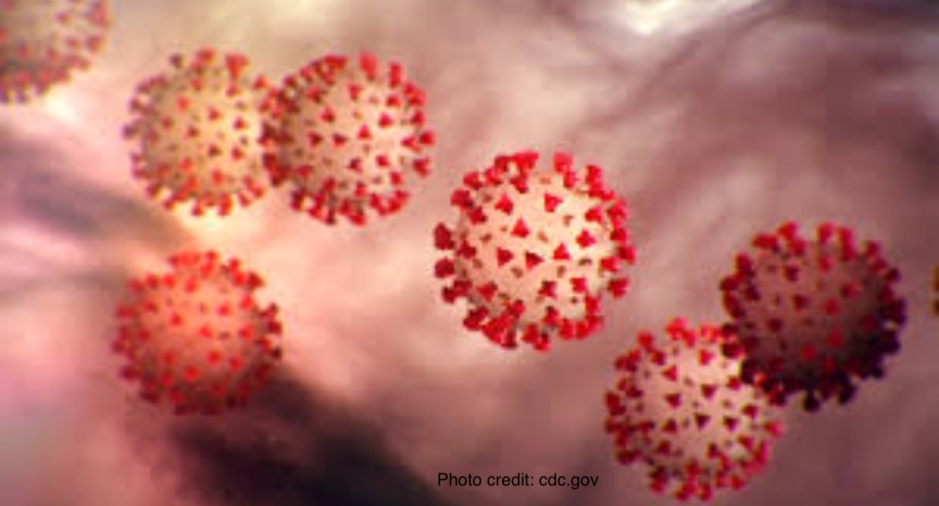 It seems millennials aren’t taking the coronavirus seriously. Instead of self quarantining, they’re taking advantage of cheap flights and making travel plans. I get this mentality, considering millennials are drowning in debt. Get the cheap rates while you can, live while you can, because the future is not guaranteed.

The baby boomers in charge know how to appeal to the millennial ego.

“Right now we need the army of millennials out there doing everything that they can to protect themselves from getting infected because we know a lot of their cases will be mild or asymptomatic, and making sure that they’re doing every single precaution to protect their parents and grandparents.” White House coronavirus response coordinator Dr. Deborah Birx details new plans to curb the spread of COVID-19. Good Morning America 3/17/2020

Boomers aren’t doing too good of a job self-quarantining either, and they’re freaking out their millennial offspring. Millennials have to tell their boomer folks to turn off Fox News and take the coronavirus seriously.

“I can report the sky is absolutely falling, we’re all doomed, the end is near,” Sean Hannity said on his show February 26, adding, “Or at least that’s what the media mob and the Democratic extreme, radical socialist party want you to think.”

And Generation X? We’re bragging that we can entertain ourselves thanks to our latchkey-kid upbringing. Millennials hit back:

My husband and I went out with friends Saturday night to see Stephanie J. Block perform at a small jazz club on the upper east side. Over drinks, I brought up Generation X and our disappearance from the culture conversation. “We either have to go with the baby boomers or the millennials,” I finished.

“I hate the boomers,” Molly, a fellow Gen-Xer, said. “They won’t get out of the way. They’re why I had to quit my last job. I was stuck at the director level for years because they won’t retire.”

“I know,” I said. “They won’t give up anything. Look at all the people running for President, they’re boomers or the Silent Generation.”

“My cousin – a boomer – told me last week that he’s ‘woke’ and thinks it’s Mayor Pete’s time,” Molly said. “I was like, No! My generation hasn’t been President yet! What the hell?”

“We won’t vote for Mayor Pete,” Rachael said. “Millennials don’t like him.”

“And the only Generation X candidate just dropped out,” I said. “Andrew Yang.”

“It doesn’t matter,” my husband shrugged. “Trump is going to win again. This is an exercise in futility.”

I met a friend for drinks a few weeks ago and broached Generation X with her.

“We gave the world Google, business startups, YouTube,” Melinda argued. “And the best music. Punk, grunge, hip-hop, that’s all us.”

“The indie film movement,” I added.

“Clerks!” she exclaimed. “Reality Bites! Although that’s a studio movie, but still.”

“Then why are we being forgotten?”

“I don’t know. But there’s no denying it, there’s a lot we’ve contributed,” she said. “And remember, we are the last of the latchkey kids. The last free-range kids. The last kids to grow up without technology. We straddle the boomers and the millennials. We are cynical about the former and skeptical about the latter. Can either of those generations make our world better? The boomers have had loads of time.”

She shrugged. “If no one listens, how can it be? Screaming into the void won’t solve anything.”

Last summer, I was volunteering at the Roosevelt Island Community Garden and overheard a millennial mother talking to her young son as she pushed a stroller among the garden plots.

“It is so. Frustrating. Some of these people have had these plots for decades. I just want a small corner to grow vegetables! I’ve been waiting for like, two years for a plot. Why won’t these boomers just. Let. It. Go! I swear, if I’d known it was going to be like this when we moved here…”

“Mommy, you’re getting mad,” her son piped up.

“Sorry honey, Mommy is just frustrated. It’s hard when you want to soar and your wings keep getting clipped by the damn boomers.”

I caught up with a musician friend over the phone a couple of weeks ago and told him about my idea to think like a millennial.

“I’m blogging and I’m tweeting a short story line by line,” I said. “Millennials put it all out there, so I am too. Trying, anyway.”

“Oh god, does my story suck that bad?”

“You’re brave because you’re putting your art out there,” he said. “I know in my soul I could have been a professional musician. I could have made it as a songwriter at least. But I was too scared.”

“No,” he said. “I can’t bare myself like that. What if no one likes it? I’m not strong enough for rejection on that scale. I can perform for friends, but even that is terrifying.”

“But rejection from strangers? Who cares what they think? You’re brilliant! Your friends know it!”

“Okay, you know what I’ve learned from the boomers?” I heard him take a drag from a cigarette. “How to be afraid. Fear of nukes. Massive fear of losing money. Fear of all non-white people. Fear of gays. Fear of sex. Fear of women. They are f*cking afraid of everything, which is why they won’t let go of anything.” He took another drag. “And their fears manifest in us, in Generation X, as paralysis.”

I’m stuck. Generation X is the Jan Brady of generations. The baby boomers won’t give up their power. The millennials are so angry they are leapfrogging over us to shove the boomers aside. Generation X brags about not dressing like adults and still having good taste in music. No wonder CBS left us off of that infographic.

This is not for me. I can’t shrug my shoulders and “whatever” my life away.

If Generation X is, indeed, fading from the cultural landscape, we can either be absorbed into the baby boomers or jump in with the millennials. My parents are baby boomers, so the choice is clear.

Join me as I pivot my entire life to follow the millennials.

BY GRACE THROUGH FAITH

The Art of Blogging

The occasional postings of a writer, illustrator, and mom.

Down on the Farm

My life as a volunteer at Holcomb Farm CSA.

All About dot GQ